Summer is here, and with its arrival brings the warm weather that we have been craving, as well as many interesting visitors, from migrating birds to one of the second largest fish in the sea; the basking shark. Summer is a flurry of colour, where you can observe wildlife of all varieties, including those you’ll only see in the UK during these beautiful sunny months.

The native UK wildlife are in their element, taking advantage of what warm weather they can to enhance their survival. You may also encounter the amazing wildlife that journeys to the UK from foreign countries, as they migrate to spend their summer in the warm, temperate regions of the UK. During the heights of summer, there is much to see - though some bird species have quieted down after breeding season, there are still many species that migrate to Britain to enjoy the improved weather before they migrate back home for autumn. Look out for the creatures of the deep, the whales and dolphins that pass UK coasts, and even the amazing basking sharks! Do not forget to keep your eye on the incredible insects that can be seen, in all their colour and interesting appearances, like the impressive hummingbird hawkmoth!

Birds are of particular interest during the summer season, due to their variety and because of the distances they travel to arrive in the UK. So many feathery shapes and colours arriving to captivate bird enthusiasts across the UK, all coming to enjoy the warmer weather and partake in preparing for and raising their young. Large flocks travel together for safety, offering onlookers the spectacle of synchronized bird flight. Birds are often one of the easiest wildlife species to encounter during the summer season, so ensure to keep your eyes peeled for any travelling feathery friends! 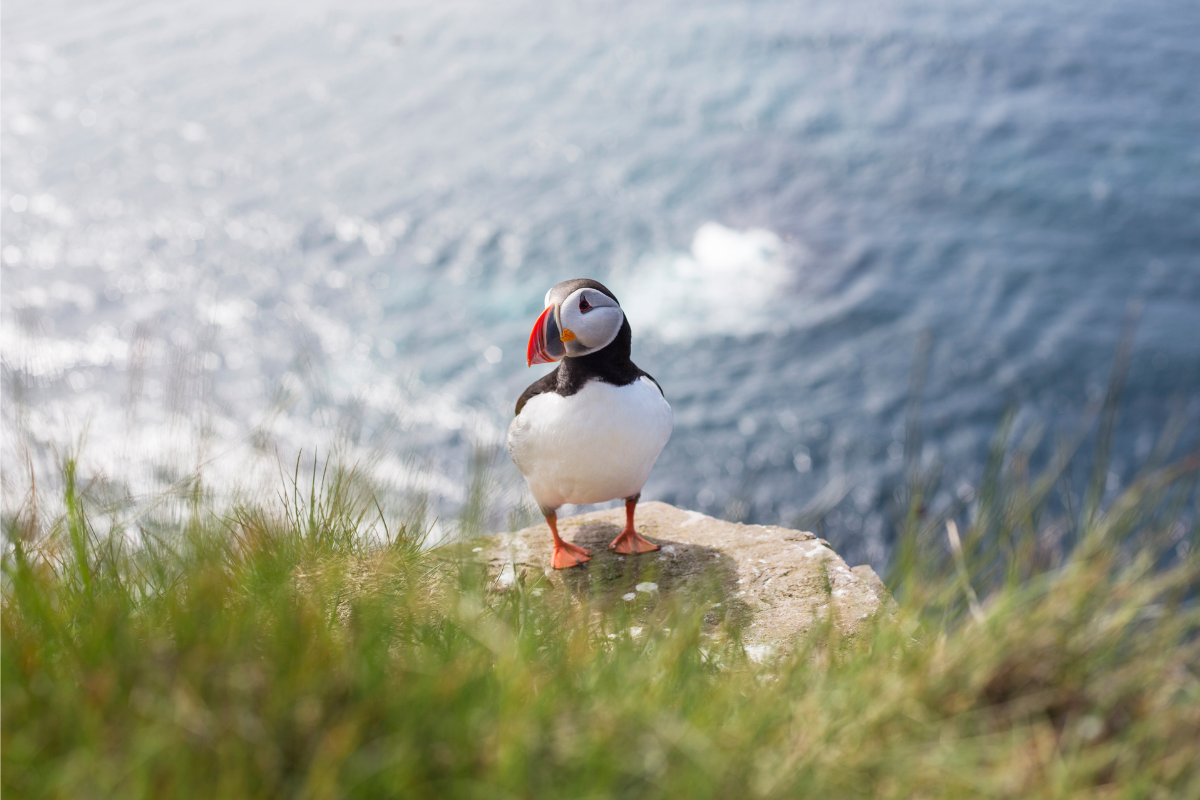 There are many raptor species (birds of prey) that migrate from other European countries to the UK, including ospreys, honey buzzards and hobbies. Some birds reappear at their innate breeding grounds along rocky clifftops and small remote islands dotted around the UK, such as the puffin, guillemots, razor bills and gannets. A famous island off the coast of northwest Wales, called Puffin Island, is home to puffin birds that migrate from the Antarctic from early April – late July. 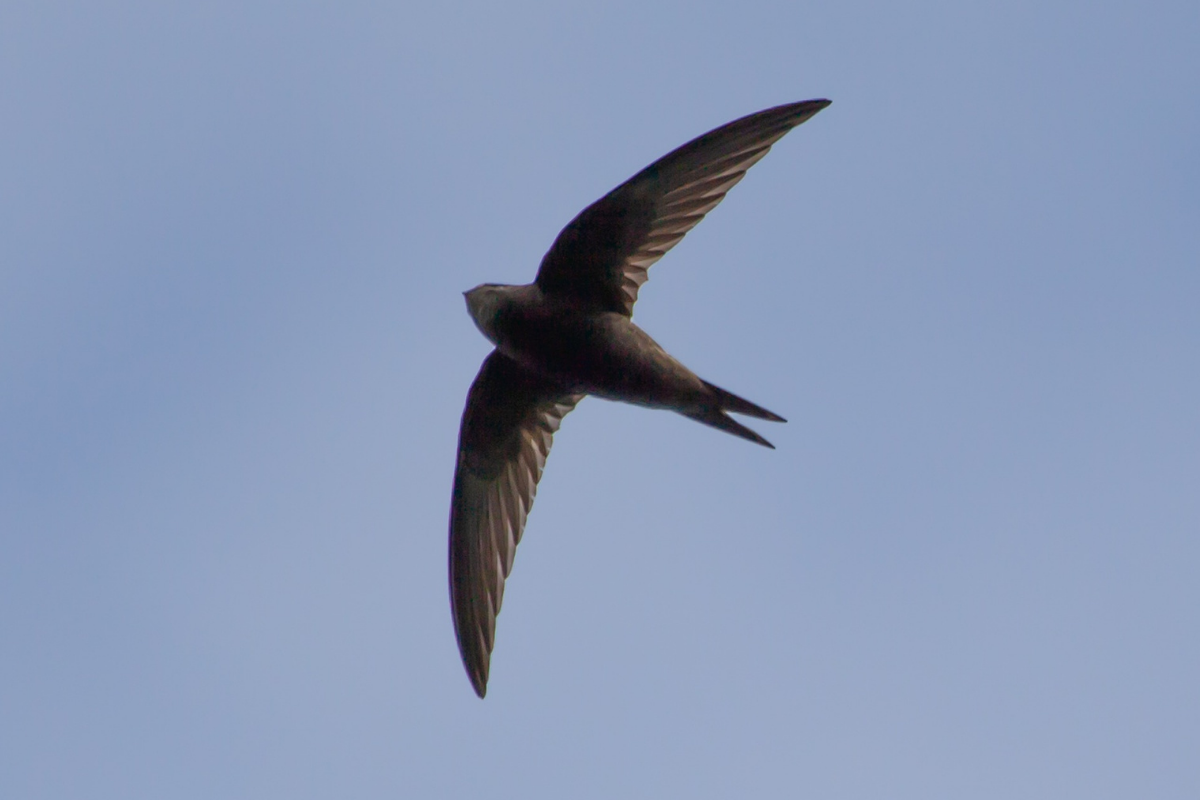 Another amazing bird on the move is the swift, which migrates all the way from southern Africa and can stay on the wing for up to 10 months at a time without resting, instead falling practically asleep during flight. Famously known for doing most activities during flight, including eating, drinking, mating and sleeping - they spend most of their lives in the air. These enigmatic avians are also very loyal towards their original nesting sites, returning to the same spots each year where they themselves hatched, so they can raise their offspring in the same place. However, these birds are at risk of habitat loss due to their original nesting sites in urban areas either being demolished, or nesting sites located in the roofs of houses being destroyed during renovations. The RSPB provide a mobile app that allows the data collection and tracking of swifts that come back to the UK during their summer migrations. The app allows the RSPB to pinpoint areas of swift nesting sites located in the wilderness and in urban areas, to better enable their conservation. If you have annual swift visitors that reside in your area, make sure to get involved and use the app, called the SwiftMapper app! The website where you can record your sightings is as follows: Swift Mapper | The RSPB.

Another bird that journeys to the UK from Africa is the sand martin. Sand martins are a common summer visitor to the UK, arriving in March to take advantage of sandy cliffs where they can dig and burrow to make their nests, then leaving to make the long journey back to Africa in October. You may be lucky enough to witness sand martins bathing in large groups in the rivers of the UK.

There are many other migrating birds that journey to the UK for summer, including the cuckoo, nightingale, yellow-wagtail and even starlings, to name a handful. Although we still see a few species of birds in large numbers enter the UK every summer without fail, some species of bird are depleting in their populations with fewer and fewer individuals visiting the UK each year. For example, since 1995 the turtle dove has reduced in population by 88%. Another example is skylarks - they are altitudinal migratory birds (short-distance migrators, travelling from higher altitudes and back), and because of their overwhelming decline in population, their UK conservation status has been listed as red. Conservation organisations and scientific experts are putting a lot of time and resources into the research of such species, so it enables some understanding as to why they are in decline. Research is gathered through putting trackers on birds to track their migration patterns and leading on the ground surveys to see how the birds are adapting to habitats affected by infrastructure and habitat destruction. 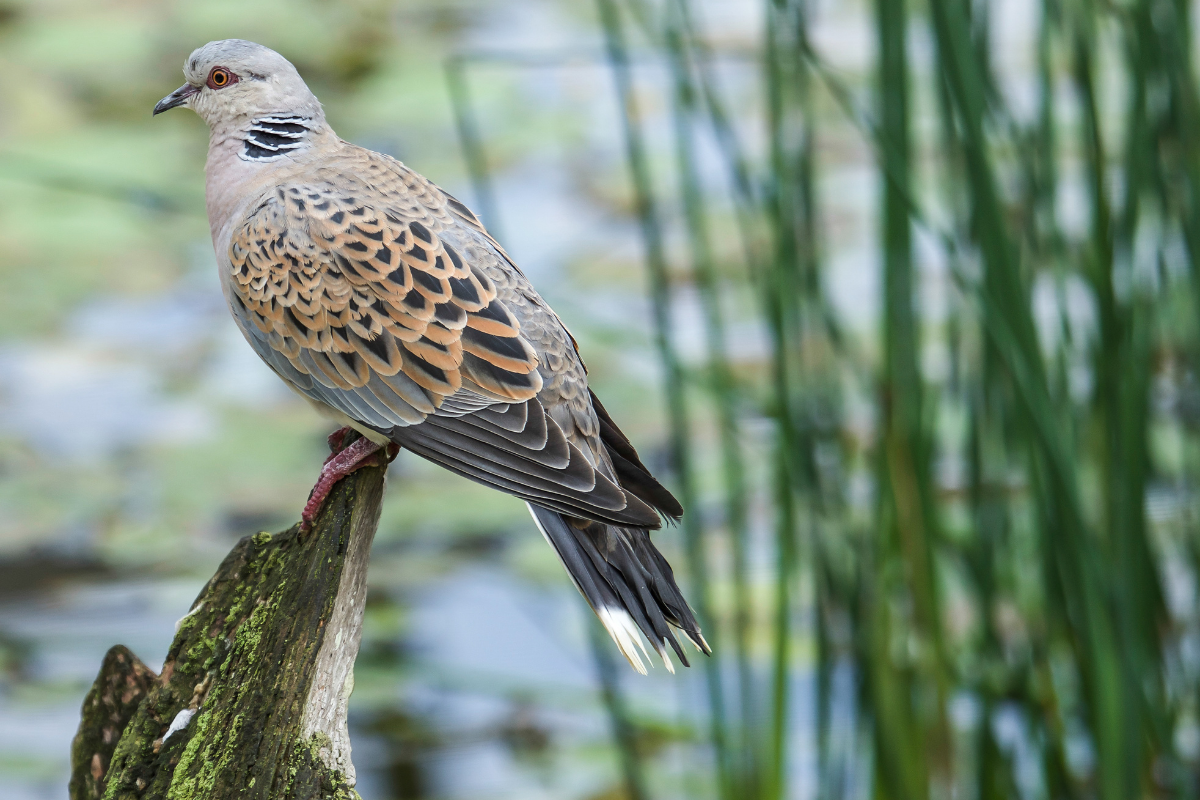 Basking sharks are a rare site to most, but during high summer you might just get a better glimpse of these mysterious selachimorpha (which means shark!). Basking sharks are the largest sharks that enter UK waters and are the second largest sharks in the world (the largest being the whale shark). There is no need to fear these prehistoric giants (unless you are plankton), as they eat zooplankton, small species of fish and invertebrates. They are one of the safest species of shark to encounter in the wild, despite their huge size. Reaching 6 – 8m in length, basking sharks usually spend their days swimming through the water with their mouths gaping open to allow the capture of the small plankton they will ingest, whilst all the excess water is filtered out of their body through their gills. The basking shark can be easily spotted swimming around the Isle of Man’s coasts. 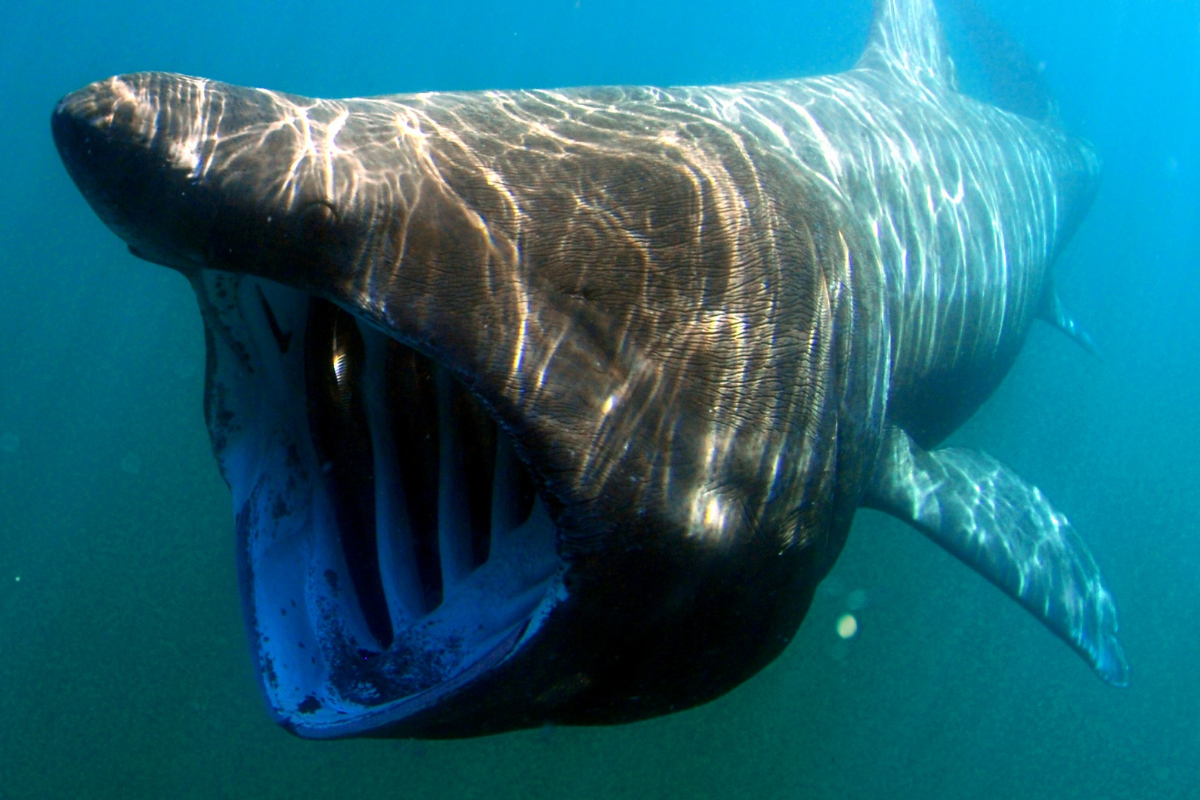 Other marine summer visitors include the minke whale and humpback whale, who both pass through Scottish waters between May and September. Bottlenose dolphins are also a common sight during the summer months, seen mostly in Cardigan Bay, Wales, where the largest pod resides, as well as off the coast of Cornwall and Scotland. Harbour porpoises can also be seen around Wales, particularly Anglesey. Even orcas can be seen passing through UK waters, specifically off the coast of Orkney and Shetland, with as many as 150 orcas having been sighted from these areas. There are even opportunities to see harbour seals pupping in early summer around the Scottish coasts, returning to their birthing sites without fail each year!

Insects are fascinating little creatures, especially when it comes to their migrations. Even spiders migrate during spring and summer, using small tendrils of silky web to help them drift on the wind, sometimes taking them miles from their birth location. However, unlike many migratory species, insects tend to make a one-way migration, meaning they do not return to their birthplace – they simply travel away to create larger distribution of the species, ensuring areas are not overcrowded. Some insects, like the painted lady butterfly, are strong enough to make the return trip back home. 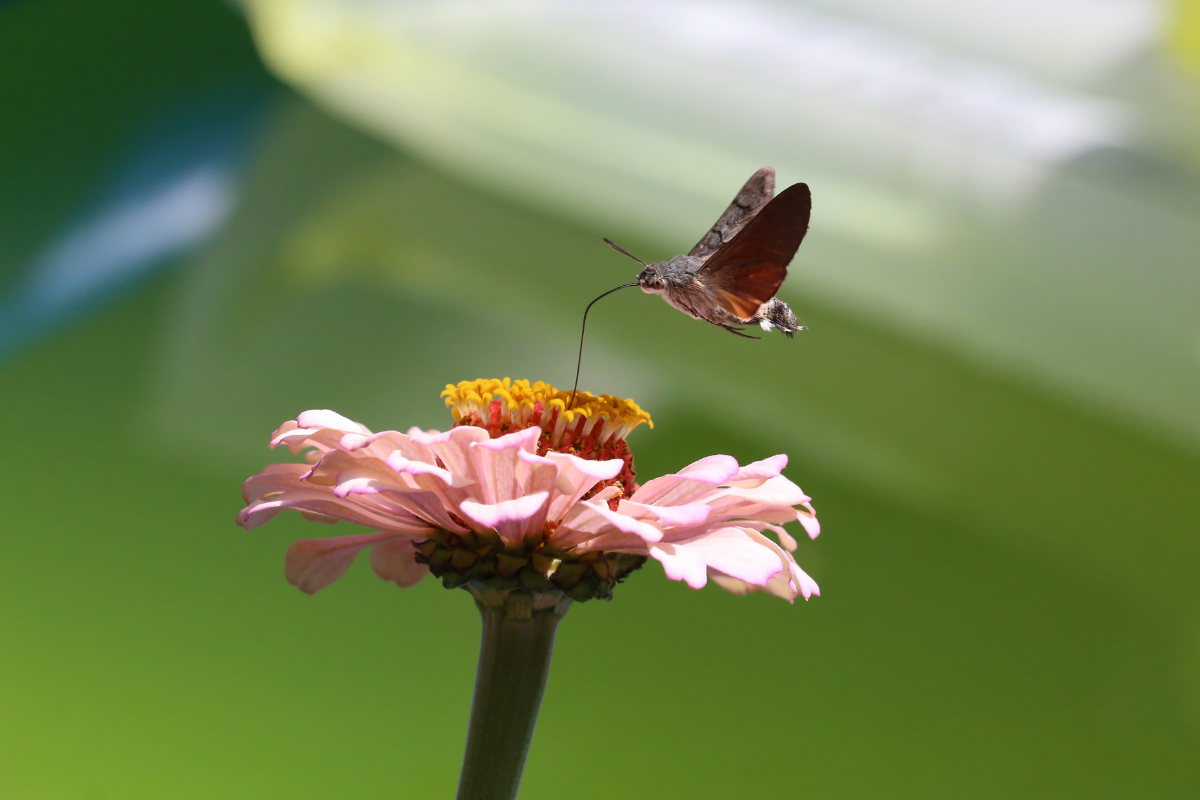 The hummingbird hawk moth is a marvel for entomologists in the UK, striking in their size, strange appearance, the fact that they are day-flying moths and the rapid pace of their wingbeats – fast enough to create a ‘humming’ sound. This majestic moth migrates to the UK from southern Europe every summer. They love to take advantage of the new range of flowering plants, especially honeysuckle, that provides succulent nectar. It can be observed in your garden, on heathlands, the banks of woodlands and scrubland, hovering over flowers and feeding using its long proboscis. To encourage insects such as these into your garden, during summer, it is important that you plant nectar-rich flowering plants (hummingbird hawk moths particularly like flowers that are purple or blue in colour, such as honey suckle and red valerian) and areas of vegetation, that not only offer the long-distance travellers some food, but also some shelter and security. 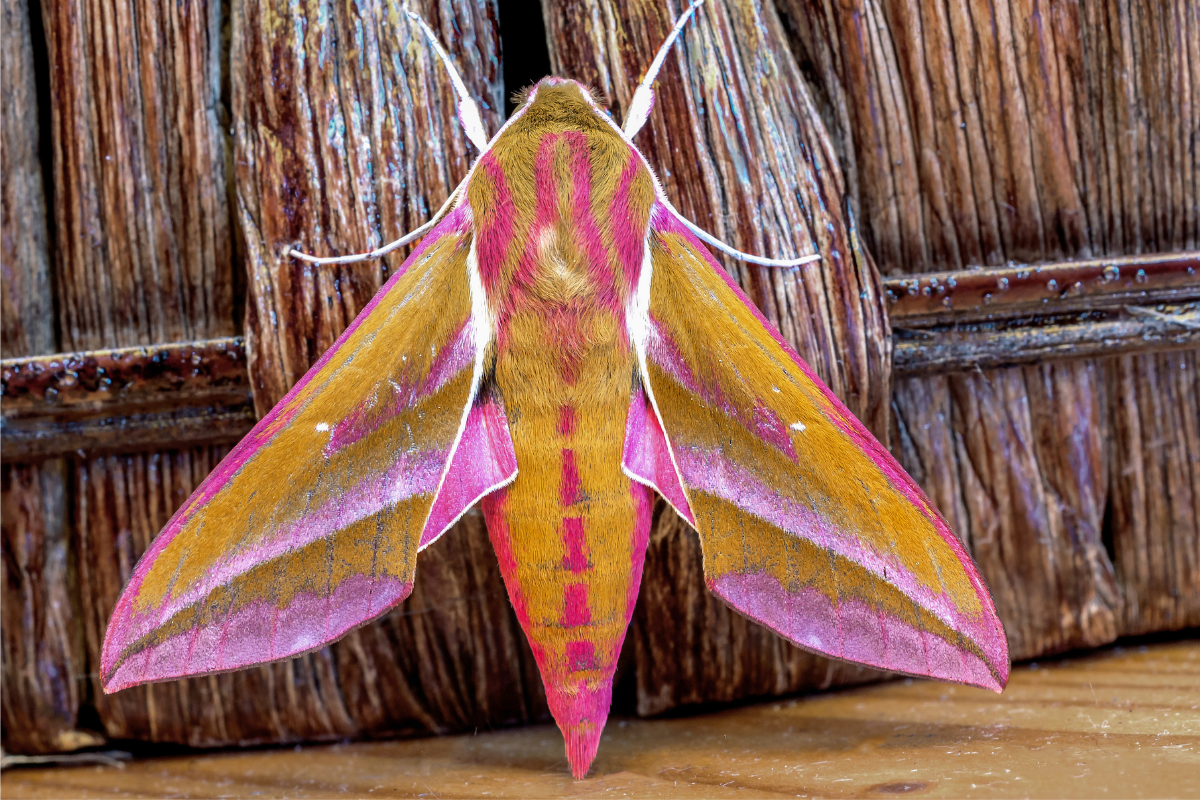 Another magnificent moth species that can be found visiting the UK in summer, is the elephant hawk moth. These pink and green moths emerge at dusk to feed on nectar-rich flowers such as honeysuckle. When the end of summer is nigh, you are more likely to see the large, conspicuous caterpillars.

So, remember to keep your eyes open and look out for the amazing wildlife species holidaying in the UK this summer! To do your part to encourage wildlife to your garden, check out our Naturehood actions. These are a series of thing you can do in your outdoor space, no matter the size, to help create a wildlife haven. 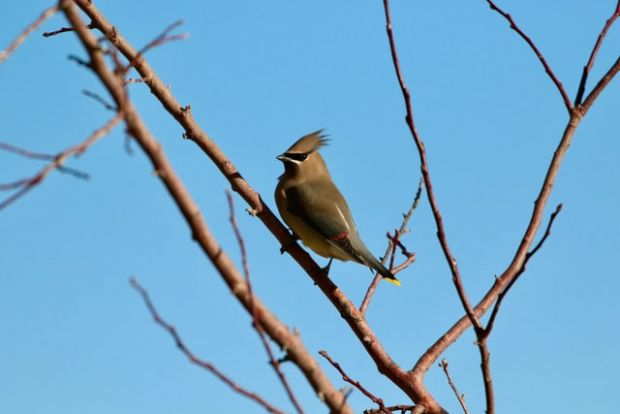 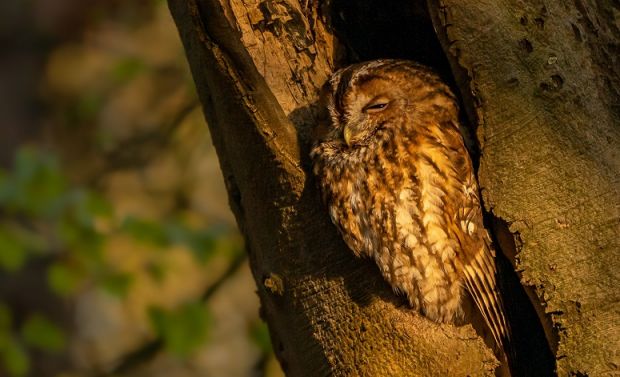 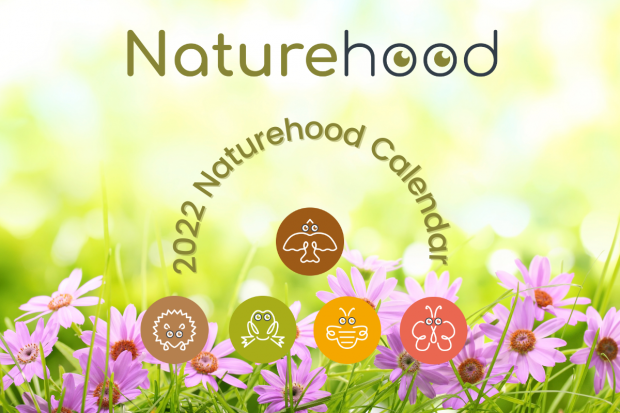 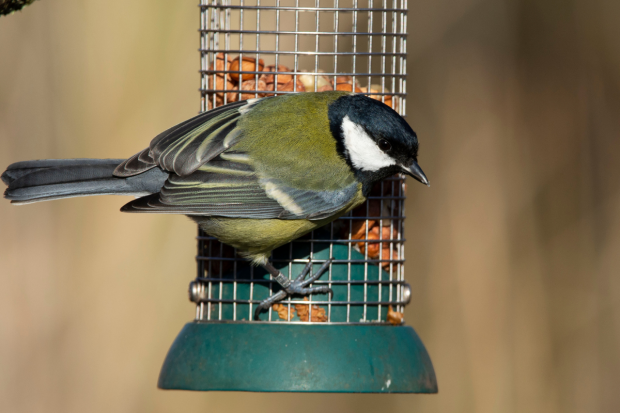