Written by Amber Jepson, volunteer and student at Bangor University

As the magical time of winter comes around, we start to see a dramatic change in weather, bringing in much colder temperatures, the emphasis on green evergreen trees compared with the bare deciduous trees, and the potential to enjoy snowfall during the festive season. 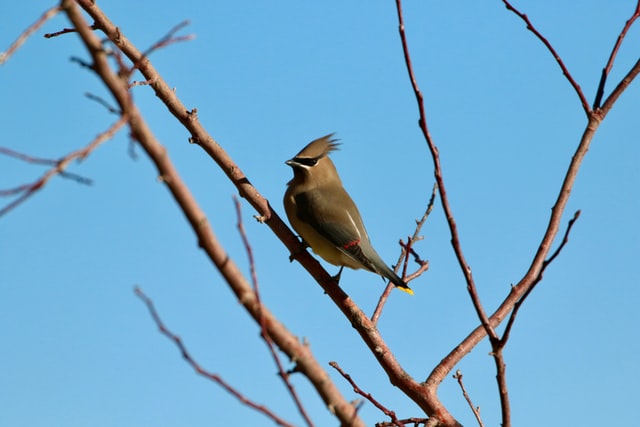 With the changing season, it brings along various species that migrate to the UK to enjoy its milder winters, compared with the brutal winters experienced in the North.

One species of which is a true spectacle when gathered in their mass flight, is the starling. Although this species is in great decline, their yearly murmuring ritual can be observed every winter in the UK, as they swirl across the night sky together, before they bed down for the night.

Ornithologists theorise that the starlings perform this behaviour to communicate to each other where would be best to forage for food the following day.

Some believe the behaviour is used to deter predators, where there is strength in numbers and their whirling, swirling options act to confuse aerial predators. Starlings migrate from Germany and Scandinavia to the UK, coming to roost in marshes, reedbeds and urban structures/buildings.

The short-eared owl makes its migration from continental Europe and Russia to coastal marshland and wetland habitats within the UK during winter (from October to April), where there is a dependable source of food – lots of rodents.

Short-eared owls are unusual in that they are active during the day, rather than being nocturnal like most other owls. In a single territory, can host several birds ranging from 2 – 6 owls.

Another migrating species is the waxwing, which are strikingly beautiful small passerine birds that often migrate in flocks, called irruptions, of varying sizes to the UK to spend their winter.

The lapwing is another bird that is active in Britain during the winter, often seen on farmlands and wetland habitats. The lapwing usually settles in Britain for the winter period, then migrates to continental Europe to carry out their breeding season during spring, though some disperse and breed within the UK and Ireland. 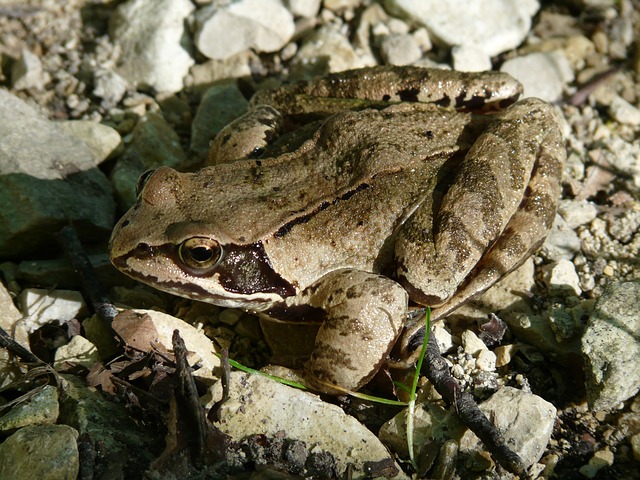 For many British wildlife species, winter is a time to bed down and conserve energy against the harsh cold and depleting resources. These species are known as heterothermic animals, and are able to fall into a deep sleep, by significantly lowering their heart rate and body temperature. This process helps them transition into a state where they can survive the winter months by spending as little energy as possible.

Such hibernating species include the hedgehog, many bat species, amphibian species (such as frogs, toads and newts), reptiles (such as slow worms and Britain’s three native snake species), and many insect species.

However, due to habitat destruction and intensive agricultural practices, hibernating species are finding it difficult to bed down during the brutal winter months, being one reason for their decline.

By providing a wild space for hibernating wildlife, you could help protect the UK’s hibernators. This can easily be done by leaving areas of your garden ‘wild’, being that you leave a space in your garden unkept/untidy, create log piles and leaf/debris piles, create minibeast houses and hedgehog houses, as well as leaving hedgerows intact and untidy.

It is also important that those with compost heaps check them for small hibernating wildlife, such as hedgehogs, before turning them, lest they bed down beneath them and are accidentally harmed.

Mating season for some 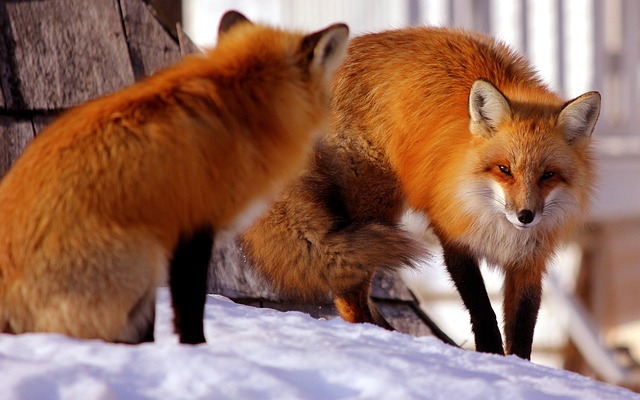 Winter is a spectacle for wildlife mating seasons. Many species of bird are on the wing to migrate to the UK for our milder winters, arriving around November, coming to make the most of conditions suitable for breeding and roosting.

The majority of resident birds also have their breeding season during the winter period, becoming more vocal, from tawny owl’s signature back and forward ‘twits’ and ‘twoos’, to the delicate fluting song of the woodlark. Even the well-beloved robin becomes more vocal during the winter, singing to mark their territory and call to their potential mates.

As well as their song, this Christmas celebrity adds a flash of colour against the stark wintery scene, their red plumage is emphasised, insulating and giving them greater bravado against rival males.

Most of either resident or migrant robin species can be spotted in woodland areas, urban areas, wetlands, coastal habitats and marshes. Many of the tit species (such as coal tits and blue tits) have their breeding season towards the end of winter/springtime, sticking to the dense woodland areas, as well as urban gardens for their favourite treat: fat balls, and bird feeders full of nutrient-rich seeds.

Plenty of mammal species have their mating season during winter, as well, including the cunning red fox. For just 3 – 6 days during winter, foxes have their brief mating season, where they become much more vocal and are most frequently spotted. You wouldn’t be able to miss a fox’s cry even if you tried; their call is somewhat gruesome, often described as ‘screams’, ‘howls’ and high-pitched ‘screeches’.

Grey squirrels often become louder during the winter months, chattering, ‘gleefully whining’ and males will emit warning calls to rival males. Grey squirrels have half of their breeding season between December and February, sticking to hardwood forests and dense woodland, where there are plenty of tree nuts, seeds and fruit to eat.

Red squirrels also have their breeding season in winter, normally on milder days in January, males usually chase the female for a time through the canopy of the trees (red squirrels rarely venture to the floor, always staying high in the trees, where they get all their food and shelter), in play – a courtship ritual – before the pair finally mate.

The female usually gives birth to her young during the early months of spring, April – May, in a nest known as a dray. Squirrel drays are twigs weaved together and lined with soft materials, such as grass and moss and can usually be seen high up in trees.

The squirrel young (kittens) are born blind and naked, completely reliant on their mother for survival. If the mother feels threatened, she will carry her young to another nest, usually situated quite far away from the original dray.

How we can help 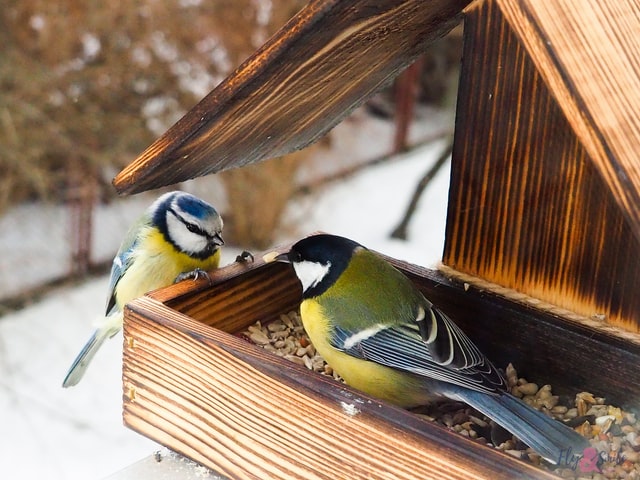 Here you can find a list of the best ways to help out wildlife, whilst also enjoying seeing them, this winter.

Below is a list of foods that will hugely benefit birds this winter:

Foods to avoid providing include:

It’s also important to consider the following when leaving food out for birds: 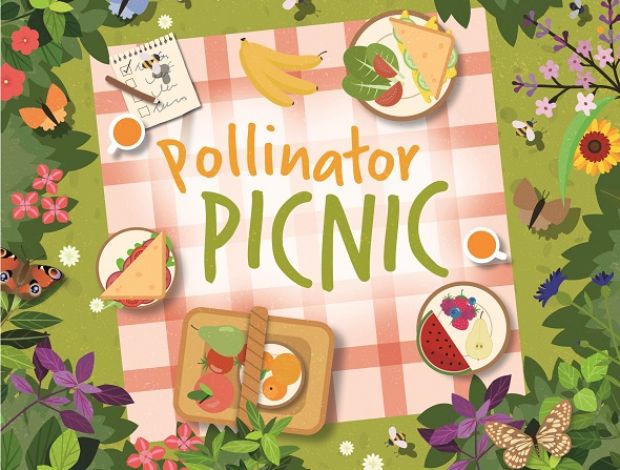 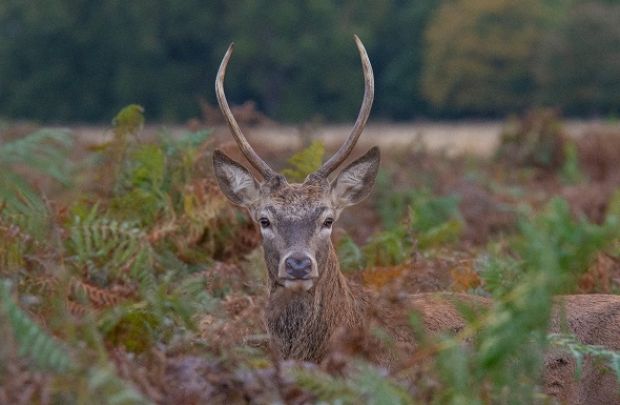 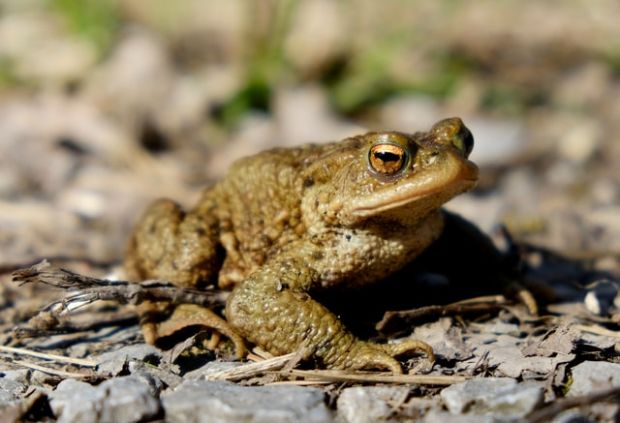 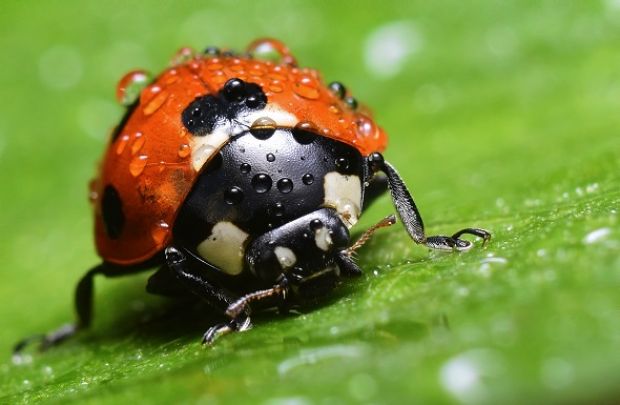